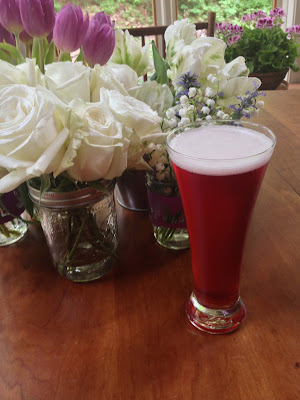 One of the main appeals of the Berliner Weisse is that it's a sour beer you can make in a reasonable amount of time. My last batch of Berliner Weisse is, as of yet, barely tart. It may continue to sour in the bottle, but it has already been fermenting for three months, and that's a longer time-frame than I'm looking for. So for this batch I decided to try a different souring technique.

This time, instead of adding lactic acid bacteria to the fermenter with the yeast, I used a technique known as kettle souring. I mashed the grains normally and drained them into my kettle. But instead of boiling the wort, I just raised the temperature to 180F for 5 minutes to pasteurize it, then cooled it to 100F. At this point I added the lactic acid bacteria (a vial of lactobacillus delbruckii from White Labs), and kept the temperature at ~95F with a immersion heater/temperature controller setup I put together specifically for this purpose. Because the bacteria are at their optimal growth temperature (85–105F) and don't have to deal with the toxic effects of alcohol and hops, very rapid souring takes place.

Kettle souring has several advantages over sour mashing. First, you can effectively pasteurize the wort without worrying about overextracting your grains. Second, you can apply heat directly to your kettle to maintain optimal growth temperature without worrying about scorching your grains. Third, you can be fairly sure what the composition of your wort is going to be, since you're doing a normal mash.

After 48 hours, the wort had developed a noticeable sourness. I let it go for another 24 hours, then performed a normal boil. I chose to do a 90 minute boil because I used pilsner malt and I hate hate hate DMS (the cooked corn aroma often found in pale lagers). Since I soured the beer before adding hops, I was able to use a slightly higher level of IBUs (though still quite low), which should give the beer a bit more structure. After souring, the wort had developed a significant krausen, which made the boil more interesting than usual. Before the boil the krausen collapsed a bit, but there were still lots of tan bacteria bits. I skimmed off the bacteria bits, but the foam kept on coming, until I added the hops.

3/9/13: Gravity is at 1.010. Nice tartness, but lacking aroma. I added the dregs of a bottle from my last batch to bring some Brett into the mix. 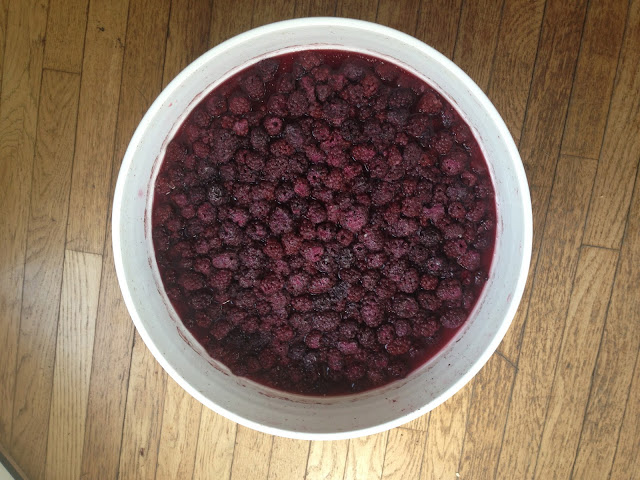 Final thoughts: 1. Next time I'll use a different strain of Brett. Brux is just too funky for this beer. 2. Blackberries are great for color, but I think I prefer the flavor of raspberries in beer. 3. I don't like the malt character of a classic Berliner weisse. Though I'll continue brewing quick sours, I won't pursue the Berliner weisse style any further (for now).